Goalball was invented after the Second World War by soldiers who lost their sight during the war, and who wanted to practice an intense physical sport, despite their visual handicap.

Goalball is a sport for visually impaired and blind people who want to practice an activity that combines team spirit, competitiveness and physical exertion.

During a match, two teams composed of 3 players each have the objective of scoring in the opponent's goal by throwing the ball from one goal to the other. All the players are blindfolded, so that everyone is on the same level. The ball, which weighs 1.250kg, contains bells that allow the players to hear it so they can block it with their bodies. For this reason, the public is asked not to make any noise during the game.

Goalball has been a Paralympic sport since 1988, and has no Olympic equivalent. 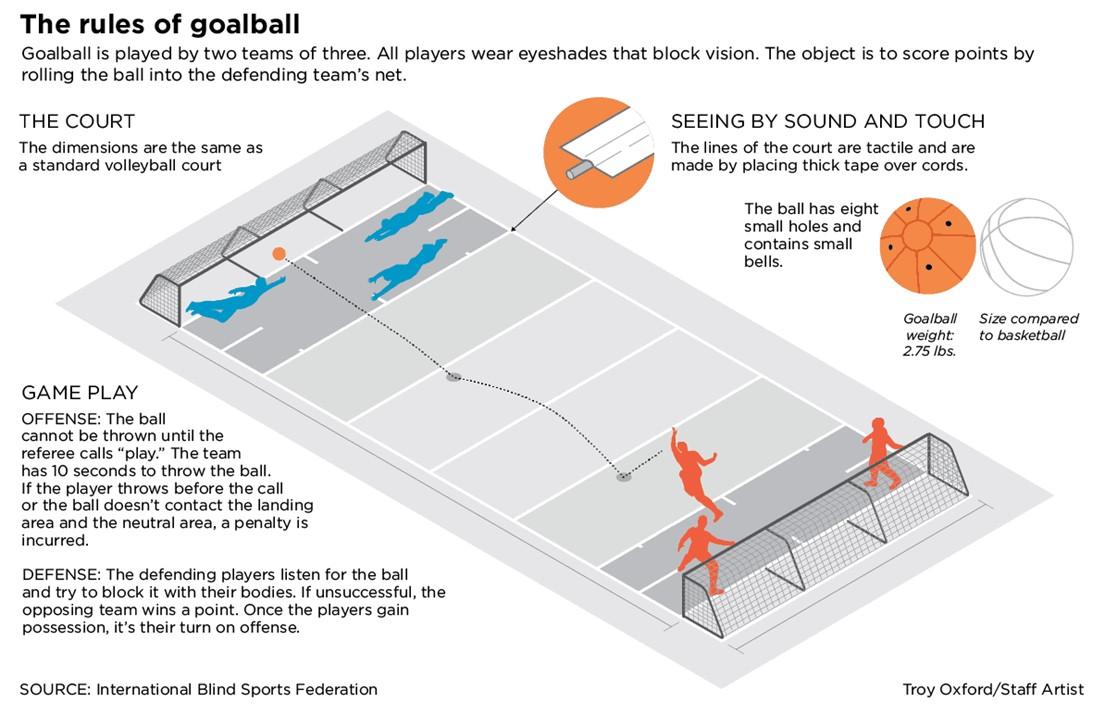 Our trainer takes into account the level of each member (height, weight, fitness ...), and adapts the exercises accordingly. The objective is always that each one evolves and develops its potential to the maximum. Our members follow these trainings with a great rigor and always in an atmosphere of group cohesion, point on which we insist particularly.

Goalball trainings are given by a specialized trainer every Thursday from 20h00 to 22h30 at the Vander Putten Stadium, located Boulevard de l'Abattoir 51, 1000 Brussels.